Today’s article is going to be a bit different from the ordinary.  For starters, it’s not going to be a review, or even an in-depth analysis.  It’s merely a spirited rant about my time with Niffelheim’s PS4 release.  I didn’t play the original PC edition, and I only played this version for 3 or 4 hours.  However, that was more than enough time to determine that I didn’t care to spend anymore of my life with it.  In recognition of the fact that I haven’t delved deep into Niffelheim as I would for a normal review, I will not be including a score at the end.  Also, my views here will be a lot less balanced than they sometimes are; again, this is a rant, not a thoughtful op ed.

The second thing is that – at the suggestion of a co-worker – I’ll be drinking throughout the writing of the review.  Believe it or not, I normally do all my work (playing games and writing about them) completely sober, so as not to have “drunken bias” (i.e. having more fun than I otherwise would) leak into things.  However, since Niffelheim’s a game about Vikings (and I have nothing but crap to sling at it), I decided it would be fun (and thematically appropriate) to get a wee bit drankled while writing.  Of course, my original plan was to drink mead, because – well – Vikings. Unfortunately, it turned out I don’t have any mead…and none of my beer was in the fridge. So, I’m drinking vodka (it’s from Russia…which is in the North…which is where Vikings came from, right?) mixed with blue curaçao (it tastes good; sue me).

With that preamble out of the way, on to the show!

If you want a game that doesn’t care about catering to the player, you’ll love Niffelheim; it does not give a damn about your time.  This is a game that forces you to spend hours finding resources to craft a pickaxe so you can go to your mines and mine one strip before the pickaxe breaks and then you have to go get more resources to make another pickaxe.  Lather, rinse, repeat for half an hour, and congratulations; you can make a loaf of bread. Of course, you can just create a bunch of pickaxes at once (your character switches to a new one when one breaks), but then you need to deal with the unbroken monotony of mining.  You hold the triangle button. That’s it. Your character walks on their own, mines on their own, and collects resources on their own. The only “excitement” is when you find a door leading to a lower level…at which point you go down and do the same damn thing. Pro tip: tape down the triangle button and find something better to do.

The same goes for combat.  If you’re within range of an enemy, holding square does all the fighting.  You can try throwing up your shield, but it’s so damn hard to time that you’re better off just making better armor so the enemies don’t hurt you when they get in.  Of course, if you want better armor, it’s back into the mines with you. Oh, and did I mention every single tool, weapon, and piece of armour in this game has a durability meter?  Because it sure as hell does. Before you know it, you’re going to feel like you have to craft ten of everything before you go out and do anything. But to do anything, you need to have tools and weapons to work with.  So it’s a never-ending cycle of breaking stuff and making new stuff and finally getting all the new stuff made when you want to but then all the stuff you used to get the stuff for your new stuff is broken so you need more stuff to make that stuff and you really just want to tell the game to stuff it.

Not to mention that a bunch of the resources you need for crafting are often rare, random drops, despite the game’s insistence that they’re all common items; it’s like it’s trying to taunt you for only having onE DAMN JAR OF HONEY WHEN YOU NEED FIVE WHERE THE HELL ARE THE BEES IN THIS PETULANCE PROVOCATION PURGATORY!  This is made more evident by the game’s horrendous onboarding experience. The “tutorial” is just a series of pages of text with a couple pictures on them. Then, before you’ve even really figured out what you’re doing, you get a bunch of quests from characters wanting a loaf of bread or some such. If you’re like me, your first thought is to pursue the path of the bread-makers; searching for wheaty goodness around every bend so you can deliver and figure out what to do next. 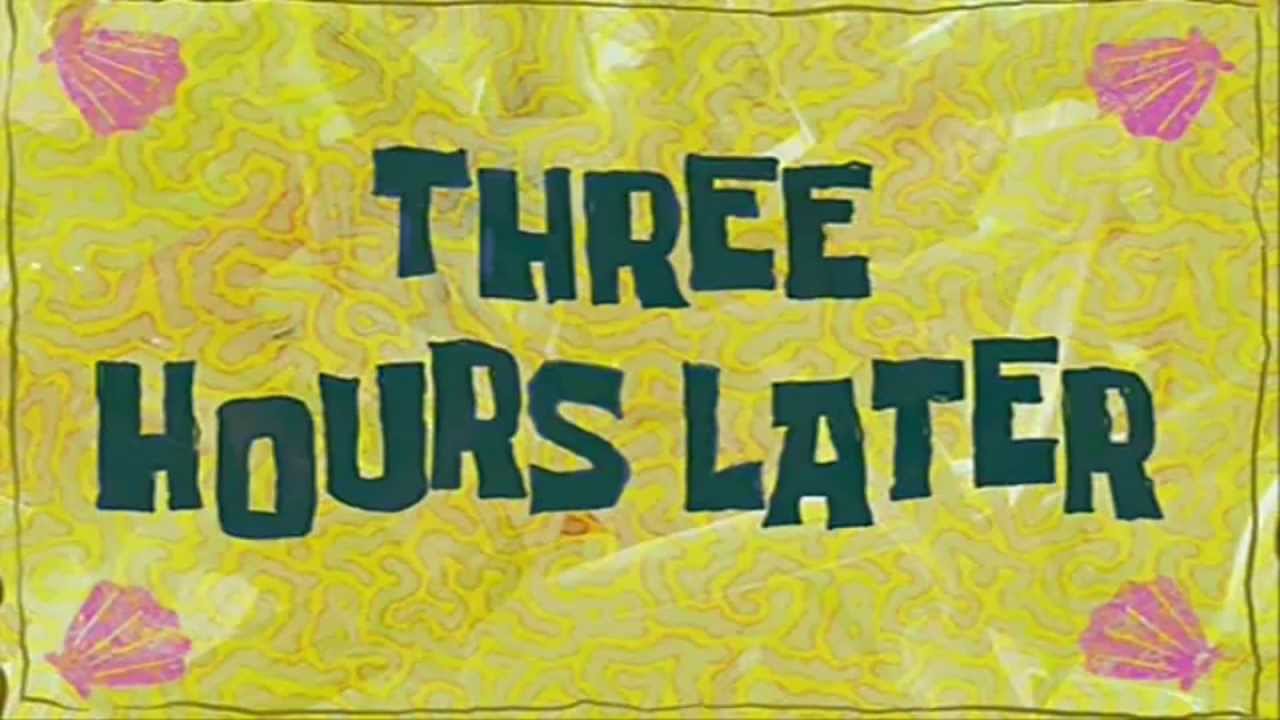 You’ve dug ten levels down in your mine just to find titanium.  You’ve chopped down innumerable trees in search of more wood. You’ve upgraded your kitchen to the second-highest level.  You’ve gathered ingredients. You sit down, wipe the sweat off your brow, and craft a single loaf; it’s not much, but it’s the best you can do.  You walk up to the quest giver and offer it with a reverence only matched by religious zealots…

And they take the bread, shove it away somewhere, spew a few lines of nonsense lore at you, and hand you a chicken.  OF WHICH YOU ALREADY HAVE FIVE. There’s no fanfare, no follow-up quests, and no sense of progression. You poured hours of your life into trying to complete a starting quest in the game, and your reward is effectively nothing.

So, you may think, “Ahhhh quests are worthless right now; I’ll go venturing in some dungeons, kill some beasties, and work on getting to Asgard!  After all, that’s the point of this here game!” To which I would thank you for giving yourself some background on what this game’s actually about (since I couldn’t be assed to incorporate it seamlessly), and promptly give a pitiless chortle at the grind you’d be setting yourself up for.

See, the first boss I came across was a big ol’ troll (both literally and metaphorically).  I faced him down with my cobbled-together weapons and promptly got my ass kicked. So, I went back to my shop.  I made an iron weapon, a shield, and some iron armour. I donned it all and headed down to show the troll what I was really made of…and got my ass kicked again.

I never actually beat that troll.  I think that maybe if I crafted and used a potion that gives advantage specifically against trolls, that might give me the edge.  But crafting that required a different potion and a hard-to-find item and that potion required a different potion and a hard-to-find item and you get the idea.  The game just expects you to endlessly grind for resources so you can make a few things, hope they all work the way you’re expecting (don’t forget: your weapons and armour degrade, so if you screw up, you’re going to have to get more resources to build more), and then have a CHANCE at getting a FRAGMENT of ONE of the keys you need to get to Asgard to win.  Thanks, but no damn thanks.

Oh, and of course Niffelheim must throw pointless survival mechanics at you!  You’ve got a food bar that constantly ticks down, and you have to eat to fill it back up.  But. That’s. It. In my experience, the food bar going down never led to anything bad actually happening.  I didn’t let it hit zero, but the only discernible outcome otherwise is that it makes your character starts complaining in little speech bubbles once it goes past half-empty.  Let me emphasise the half part.  As in, if your big, tough Viking gets halfway to starving, they start whining about needing food.  That’s like someone not eating for three hours and complaining that they were dying!

Still, getting pestered by a game about eating (because that’s what I play action-adventure rogue-lites for) made me eventually feel like I should toss some food down my Viking’s gullet.  So, I made a chicken cacciatore; in-game, it’s made from two whole chickens. I fed it to my character. It restored ten hunger points.

Yep, if your Viking’s at half hunger, you have to feed them like ten chickens just to make a dent.  And this is coming from someone who played a character with a slower metabolism (i.e. not one of the big, hunky brawlers who probably digest an entire damn chicken with every swing of their axe).  And once again, this is all for seemingly no benefit, aside from avoiding eventual death by starvation. You’re literally just collecting ingredients to stop a meter from going down. This entire mechanic could have (and should have) been cut to both streamline the gameplay and give one less category of items for the game to clog up your inventory with; something it does within 5 minutes on almost every excursion.

I don’t know what else to say.  The music’s boring (why the hell is the soundtrack being sold separately on Steam?) to the point where I threw on a podcast instead.  The gameplay is mind-numbingly repetitive, and the survival mechanics are completely shoehorned in. It’s like an utterly monotonous, Viking-skinned version of Terraria.  And this is coming from someone who doesn’t really care for Terraria to begin with.

Anyway, I’ve finished my vodka (don’t worry, it wasn’t a full bottle), and I’m out of clever things to say (have I even said anything clever here?  Who knows…). Just…don’t play Niffelheim.  Play Terraria (it’s frequently waaaaaay cheaper), and if you absolutely adore it, maaaaybe think about giving Niffelheim a shot.

[Man…hopefully when Sober Olivia edits this, she doesn’t cut things down to make it less harsh; that darn Sober Olivia; always pandering to the people who give her keys so she won’t get blacklisted…what a shill.  :P]